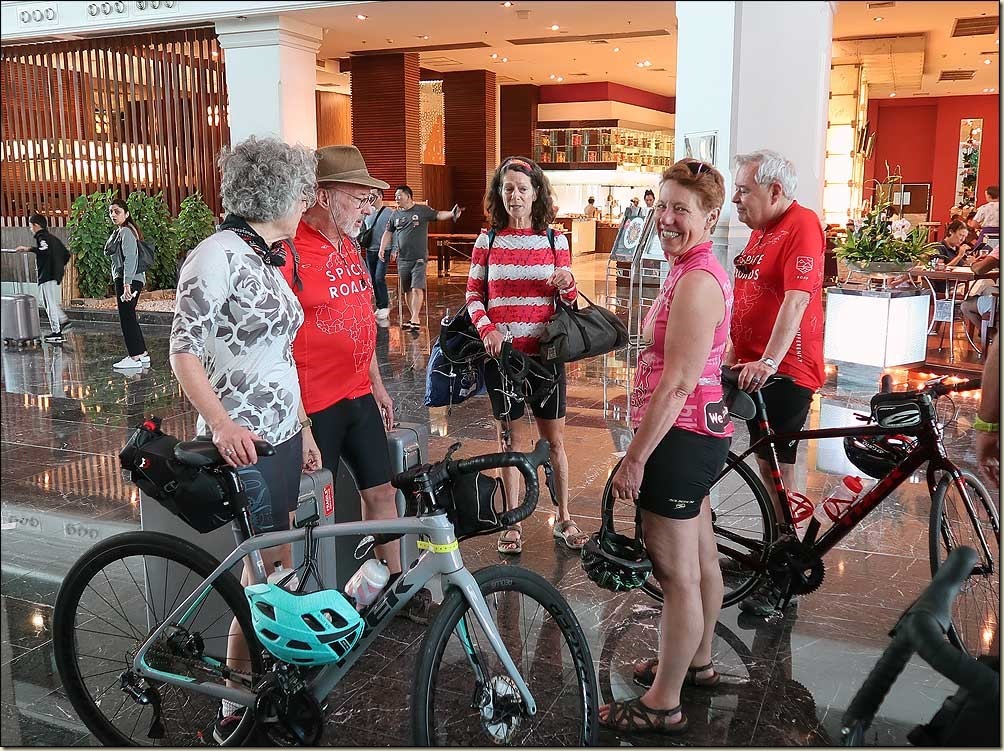 Today started with an 8:00 a.m. meeting right after breakfast. Bring your bike and LET’S RIDE!! 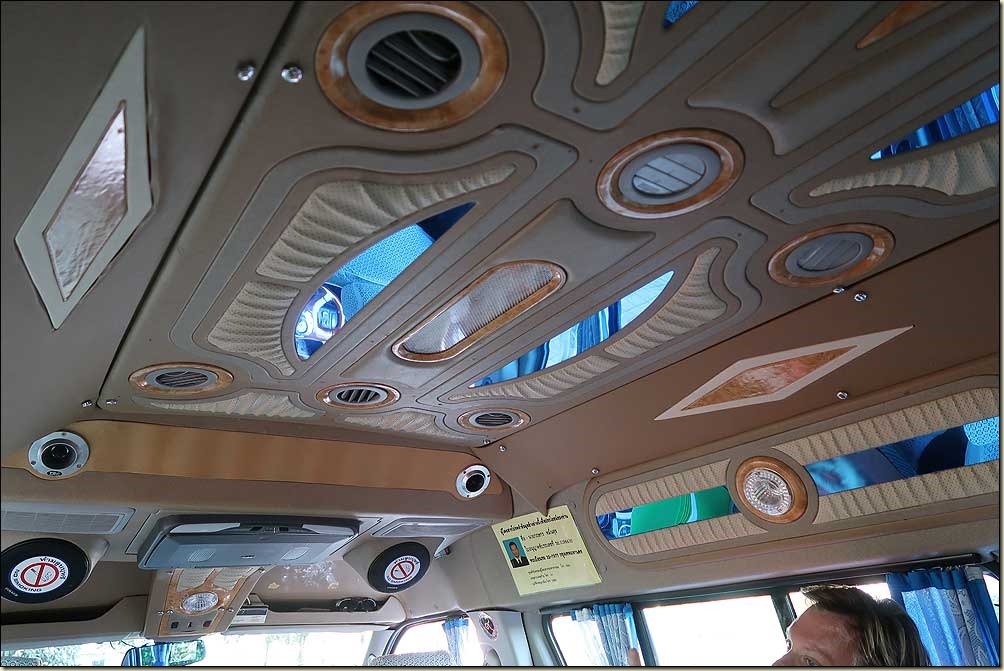 Inside one of the Spice Roads vehicles, we feel like we are in the era of disco, Johnny Travolta and Stayin’ Alive! Exciting mirrored ceiling!

We drive through the airport grounds and out to the Happy Healthy Living bike track. This is a test run for our bicycles. We are well supported by Spice Roads with three vehicles and five staff. 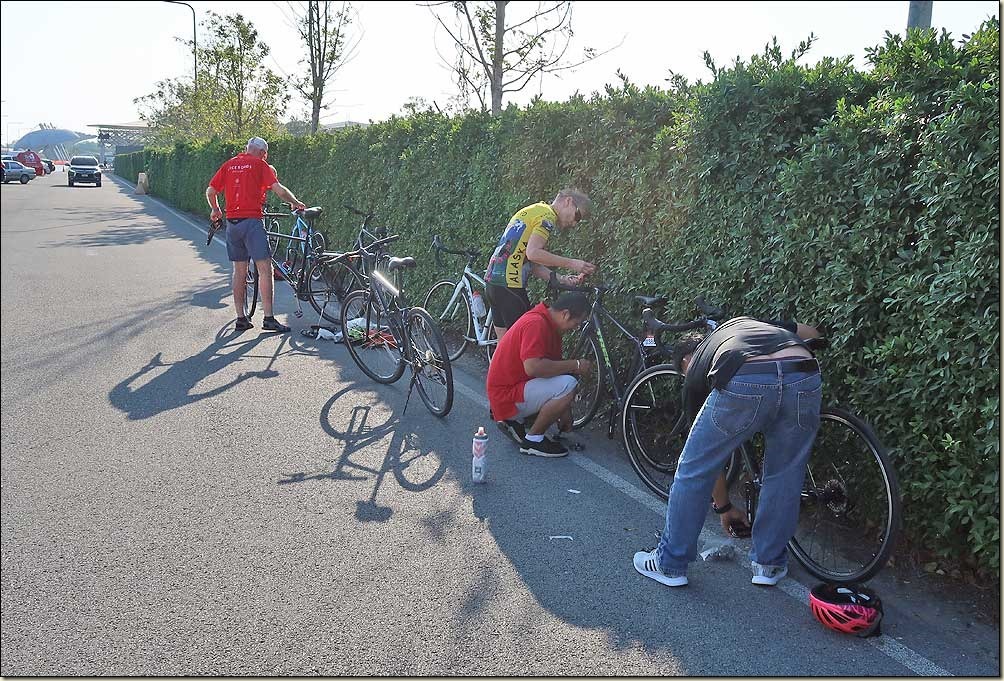 It is not even 9:00 a.m.,but already it is hot and we seek the shade as we get our gear together. 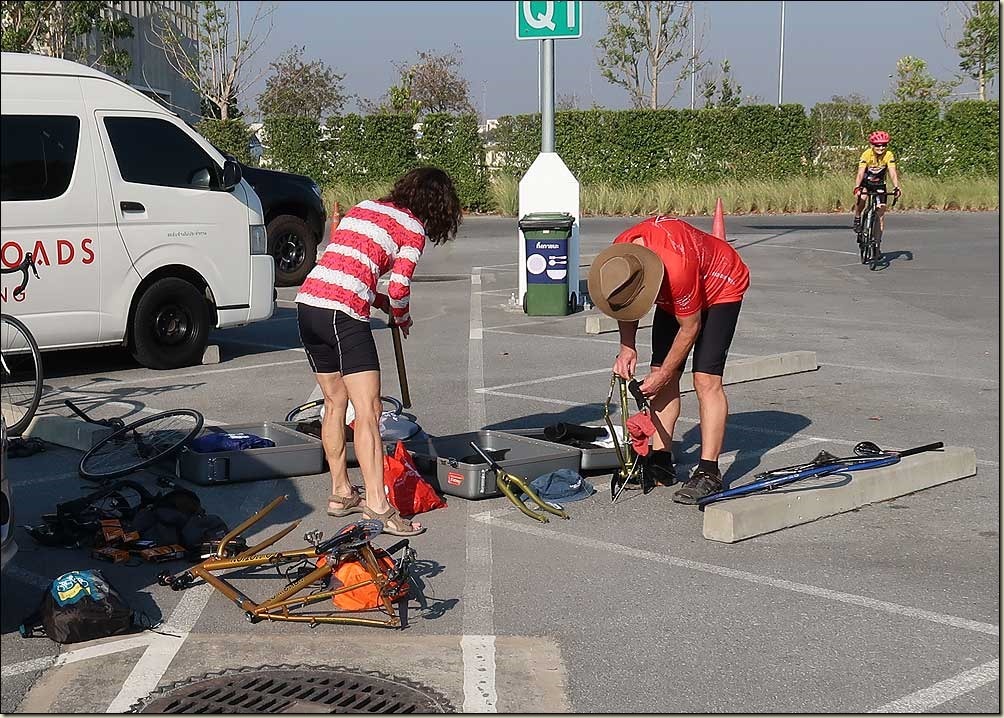 Leslie and Greg assemble their bikes, while Monica takes hers for a little test spin. 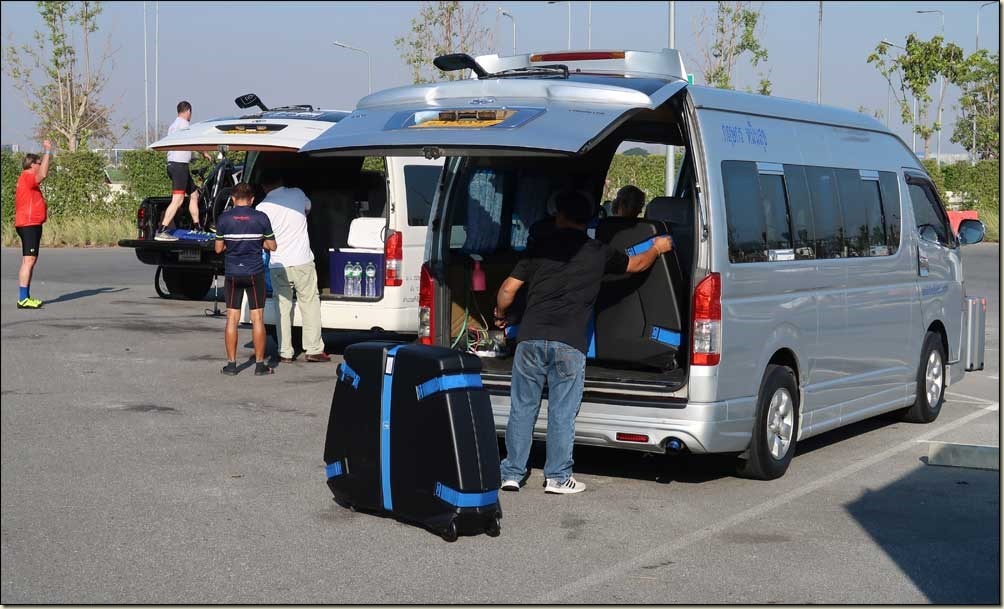 Our bike cases will be stored at the Spice Roads Bangkok office until the very end of our stay in Thailand. 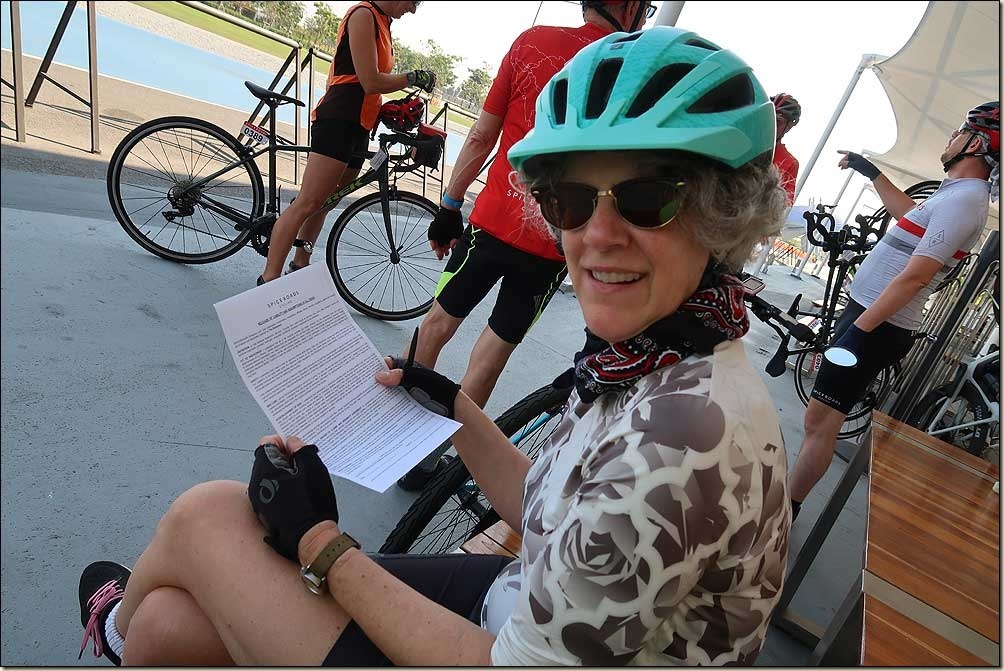 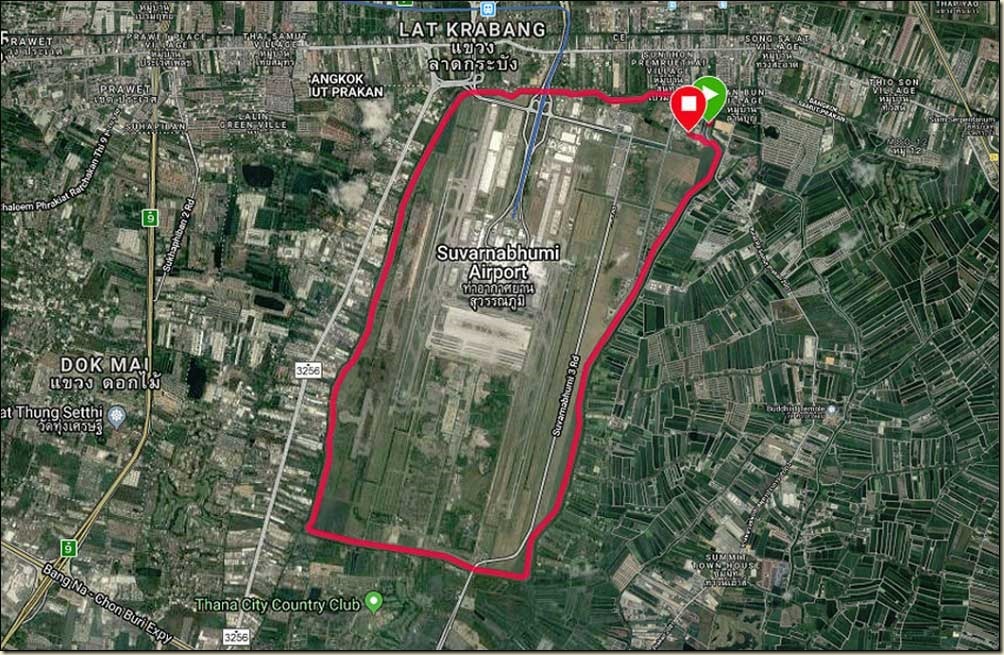 This bike track was developed 12 years ago when bicycling surged in popularity in Thailand. Bangkok is not a bike friendly city with its busy roads and heavy traffic. A group of celebrities and business leaders created a vision for a 15 mile track around the airport. It was exceedingly popular overnight. This past weekend, over 15,000 cyclists used the track!

Daniel, a principal in the company and CEO, explains the history and improvements of the track and related facilities over time. Today the major corporate sponsor is the Siam Bank. 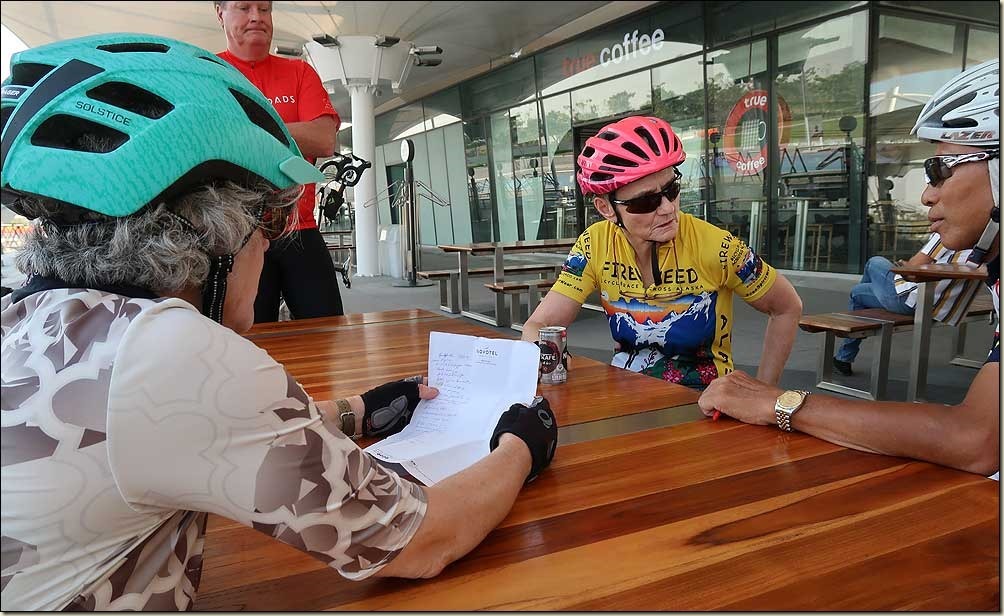 Hurrah—we can bike and bird! The birding enthusiasts found each other: Monica, Woody and MJ. We are discussing the bird list Monica has developed in just the last two days!!! 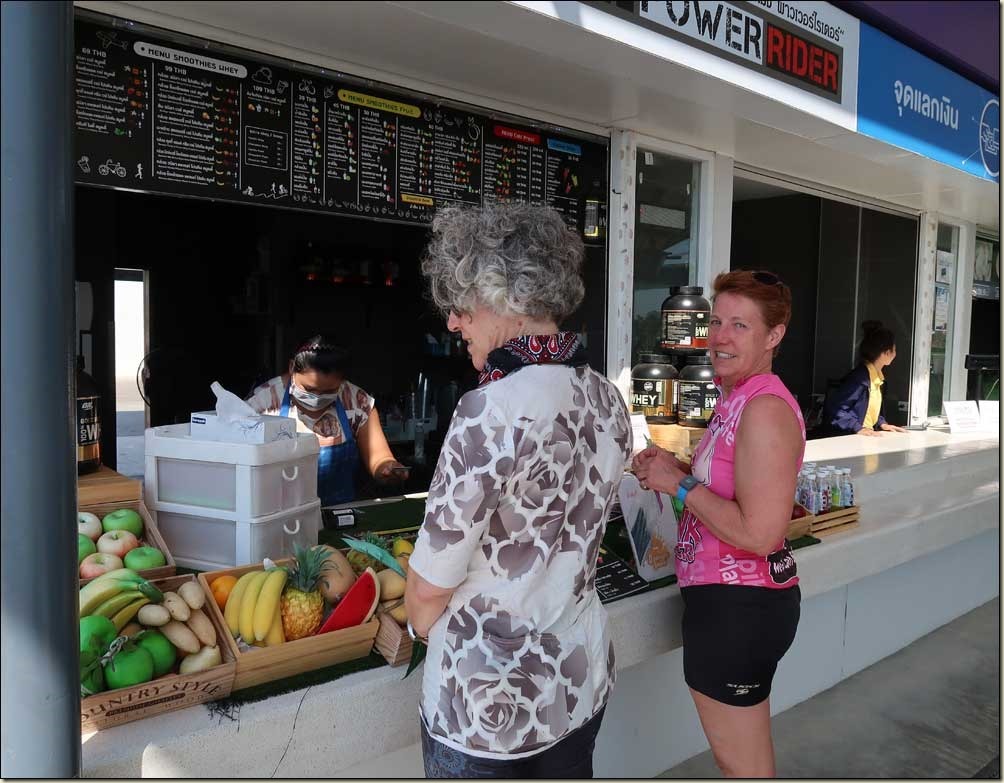 After the ride, we enjoy smoothies at one of the many shops affiliated with the bike track. 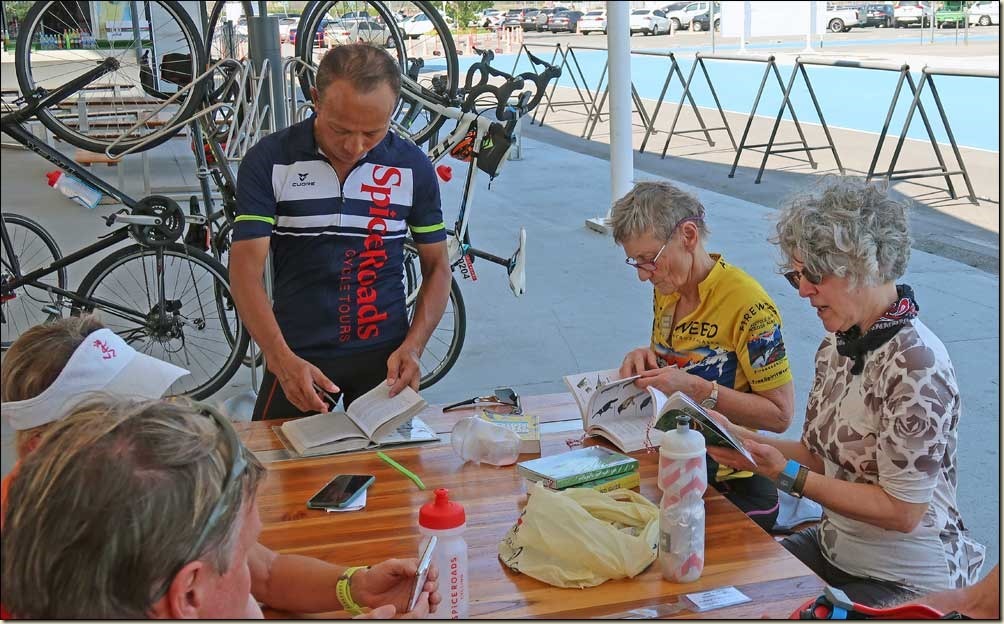 Spice Roads staffer Bow provided us with four natural history books to use during our tour. Woody brought his two favorite bird books. So we are well equipped! The most interesting sighting today was the Asian Open Bill, a large stork-like bird that helps rice farmers by eating the invasive Golden Apple Snail. 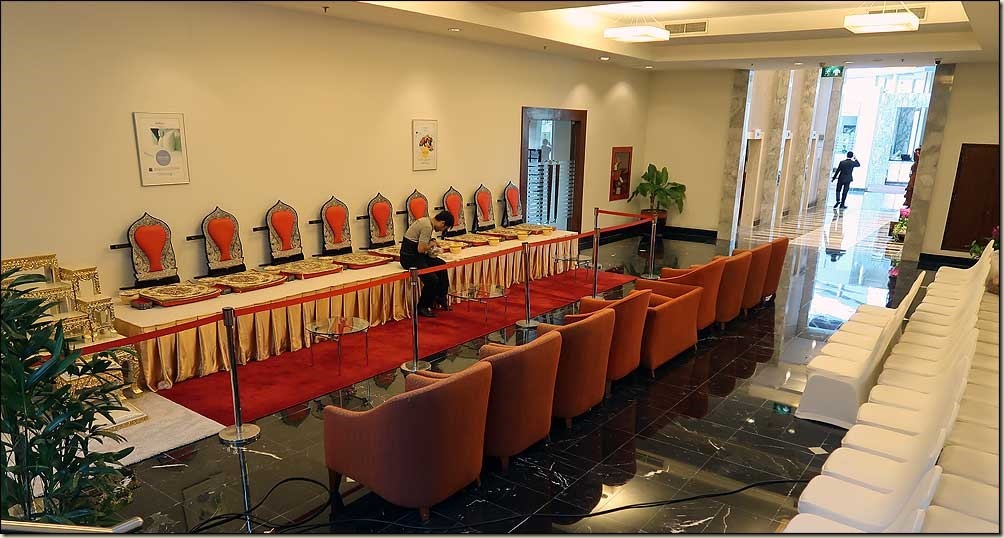 Back at the hotel, we notice a conference is being set up. Is this Thai-style, with guests of honor seated cross-legged on the dais?

We had a BIG lunch and two beers so were not ready for much of a dinner. We decided to walk over to the airport, through the under- ground tunnel, in search of some ice cream. 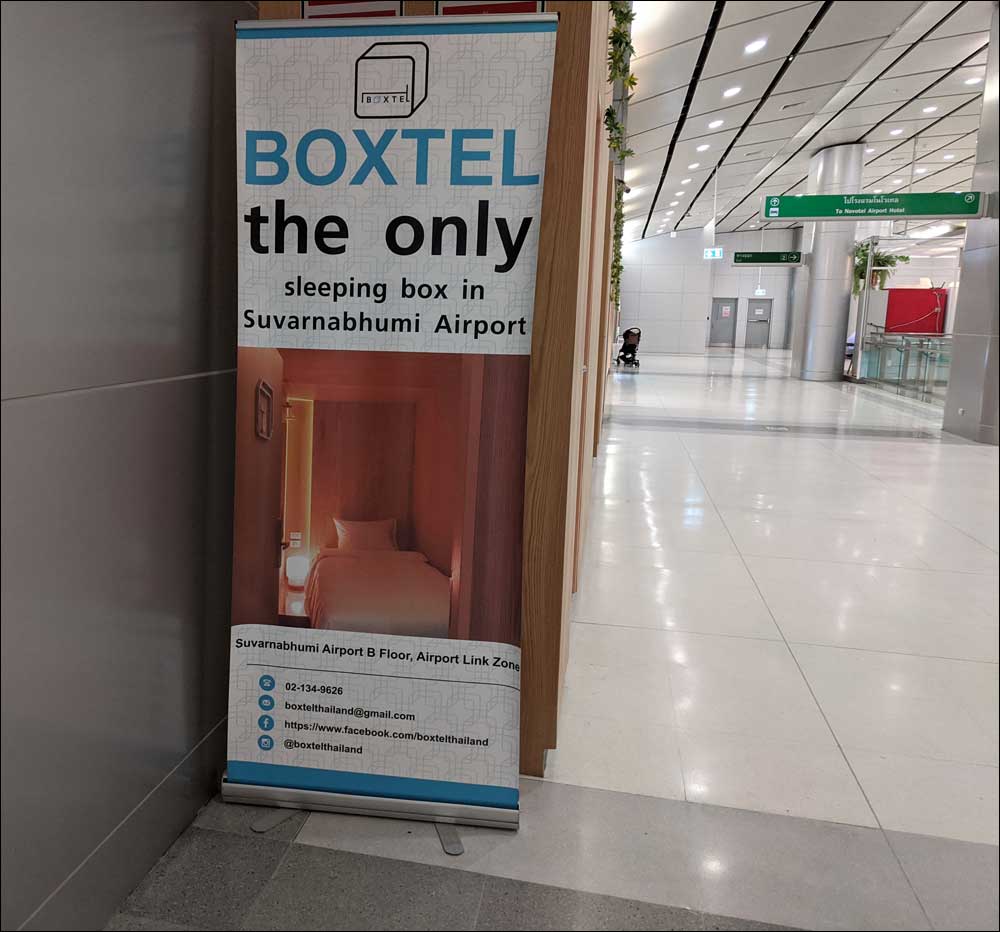 Along the quiet tunnel area there were Boxtels. I had heard of them but had never seen one at an airport. 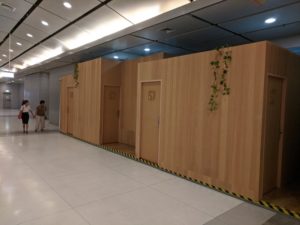 Mini little rooms you rent by the hour staring at $40 for 4 hours . . . there were about 20 of them in this little ‘community’. 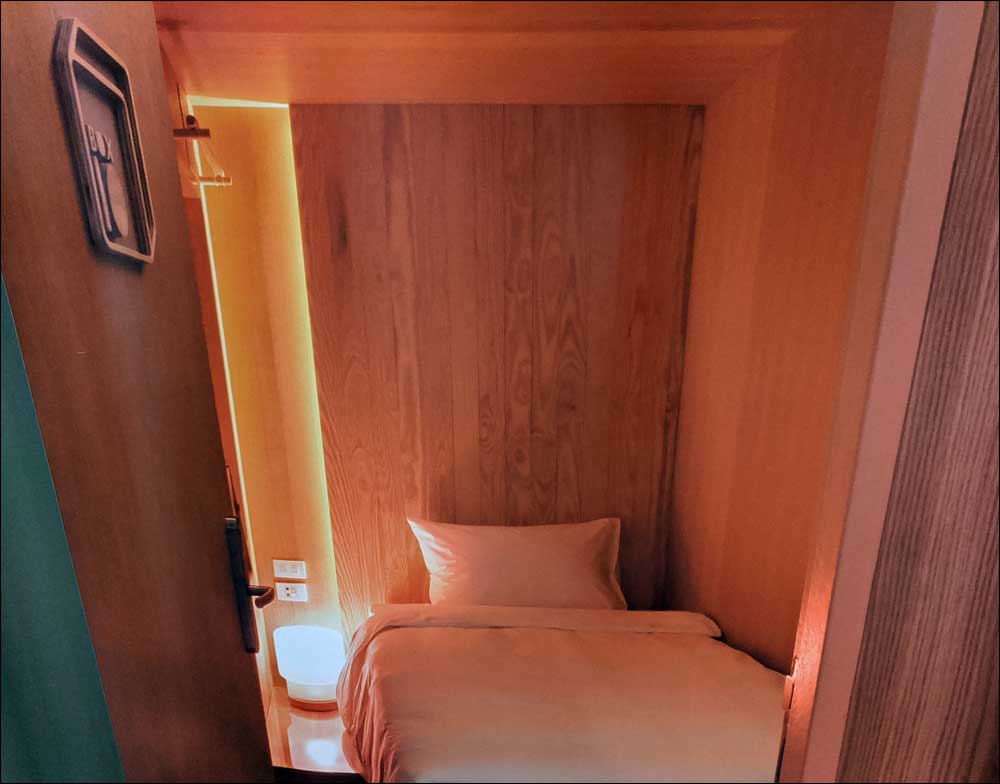 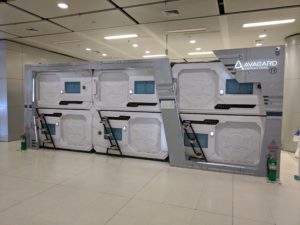 . . .  want something smaller, here was the Avagard system where you crawled into the mini pod through the sliding door. One down and one up, accessed by the little ladder! Wonder how long it will be before we have these in MSN!!!